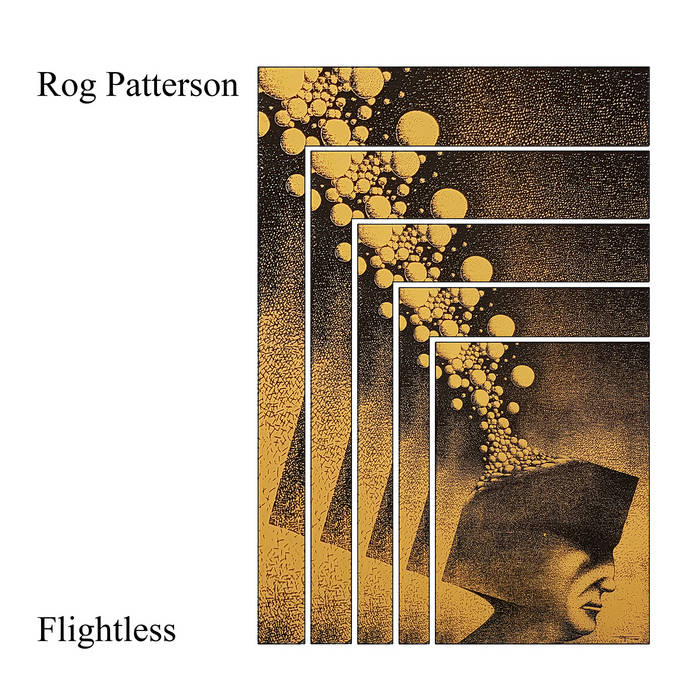 Mark Colton Rog, so glad this has seen the light of day. Good luck mate. CREDO still lumber on if you ever want a RP gig with us? Favorite track: An Englishman's Home.

The six tracks on the original Flightless album were recorded in a tiny studio in Nottingham in late 1988, with the album being released (on vinyl only) the following Spring. The sessions were engineered by Dave Hadley, whose tireless enthusiasm and friendship were - and remain – the catalyst for a reasonable amount of recording, and an unreasonable amount of lunch.

Flightless, the title track, is a staging of Beckett’s “Krapp’s Last Tape”; when I play it now, it’s a song about itself, referring to itself across the decades. The rest of the album toils under the yoke of my characteristic bleating on the subject of human stupidity in its various forms. Sadly, little appears to have changed – 2016 represented a high-water mark (depressingly prescient as that phrase might be) in the history of wilful cluelessness, but I suspect that the worst is yet to come.

The three extra tracks on this release are demo recordings from roughly the same era.

At that time, I was dividing my attention between frequent live performance (solo, since the dissolution of Twice Bitten in 1986) and sound engineering (by this time I was touring regularly with Pendragon.) Since then my recorded output has been somewhat less than bounteous; there have been releases and production collaborations with Coltsfoot, Mazlyn Jones, Anthony Phillips, Skyclad and others, but the long-threatened “new solo album” remains as hypothetical as ever. As the gap between “finish writing it” and “start recording it” nears 30 years, all I can say is that one doesn’t like to rush these things…

In mitigation, I’ve been a bit busy; I spent the 90’s touring as sound engineer and tour manager for various rock bands (principally Rage Against the Machine) and, since coming off the road, have found a plethora of increasingly implausible excuses for not getting around to doing any recording (raising a family, playing cricket, going to Antarctica, playing more cricket, Twice Bitten reunion gigs, watching cricket, being generally useless.) And doing other things under other names.

This re-release has come about through the support (and, let’s face it, foolhardiness) of the estimable David Elliott, veteran of the 80’s Nottingham Heavy Wood scenario and now supremo of the mighty Bad Elephant label. He has been known to say “new solo album” without sniggering. Hmm… Dave – time for lunch…

Greg Smith and Rog Patterson met at Nottingham University in 1982. A shared love of the work of Anthony Phillips and 12- string guitars led to them writing quasi-prog compositions and inventing 'heavy wood' - melodic music relying on electric and acoustic stringed instruments with no keyboards or drums. ... more

Bandcamp Daily  your guide to the world of Bandcamp